Bats will appeal the decision of the Securities and Exchange Commission 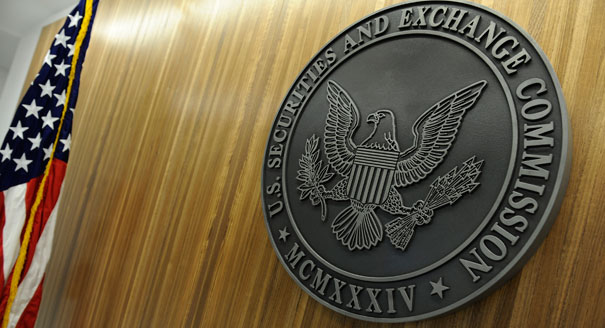 The US Securities and Exchange Commission rejected a proposal to allow the creation of a bitcoin fund in early March, however, on March 23, the BZX exchange announced that it would appeal the decision.

The price of bitcoin was steadily increasing until the Agency’s decision made it fall. It seems that the agency rejected the proposal because it saw that the possibility of fraud was too high. The agency continued to state that the proposal did not have the necessary requirements for a “national exchange of securities to be designed to prevent fraudulent and manipulative acts and practices, and to protect investors and the public interest.”

The decision immediately had a significant impact on the price of bitcoin, causing the price of the digital currency to fall. The price had previously reached the level of $ 1,300, but just after the SEC released its decision on March 10, it dropped sharply to a new low of around $ 975.

The Winklevoss brothers and their Winklevoss Bitcoin Trust first applied for approval of the SEC about four years ago. With this proposal, Tyler and Cameron Winklevoss hoped that a stock-market Bitcoin product would make cryptography much more attractive to Wall Street and retail investors. Unfortunately, the SEC did not agree with that. The SEC’s decision had a terrible adverse influence on bitcoin because the creation of the ETF would have paved the way for institutional investors to enter and would allow retail investors to buy bitcoin in a much simpler way.

Needless to say, the Bitcoin ETF proposal was not the only proposal made to the SEC. Other companies have made similar proposals for Bitcoin’s traded funds, including a proposal that requires the digital assets underlying the ETF to be insured. Therefore, there is still a possibility that we can see that the Agency is likely to grant approval as there would be less risk of harm to common investors. But even so, the agency’s decision suggests that the SEC remains very skeptical when it comes to accepting the digital currency.

Bats, one of the major players in the US Securities Market, says it plans to ask the Commission to try to get the Agency to reconsider its position. Bats operates four stock exchanges in the United States – BZX Exchange, BYX Exchange, EDGA Exchange and EDGX Exchange. The exchange of BZX (originally called Bats Exchange) became a national stock exchange registered in October 2008. The exchange of BYX was launched in October 2010 providing an additional liquidity fund for traders to access. In 2014, Bats merged with Direct Edge, a US equity trader that traded the EDGX and EDGA exchanges. The combined company Bats Global Markets is now the largest operator of equity markets in the United States.

At least this appeal is very positive for bitcoin, as it shows that institutional investors still have their eyes fixed on the potential of the digital currency.