Bank of America optimistic about the future of Blockchain 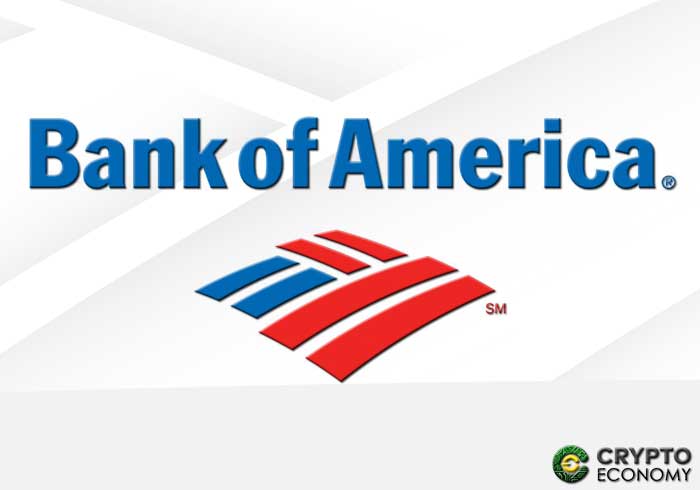 There is no doubt that blockchain technology offers infinite possibilities to be exploited in the improvement of services of all kinds, and especially in the financial sector, where it is gaining more and more acceptance and influence. Within this sector one of the most recognized actors is Bank of America, for whom the blockchain technology looks very promising.

Market research analysts at Bank of America have recently predicted that blockchain technology could prove to be a multi-billion dollar industry in the near future, and be a particular advantage for leading companies like Amazon and Microsoft, among others.

In terms of figures and projections, analysts believe that the total blockchain market would eventually reach $ 7 billion soon, but they did not propose a particular timeline to illustrate that market growth trend as the forecast blockchain is not yet widely used globally.

As a basis for estimating this trend, it was considered that 2% of the servers would one day be used to run blockchain full time.

Companies like Amazon could adopt blockchain to streamline retail operations and improve cloud services, according to the opinion of one of Bank of America’s analysts, Kash Rangan, who in recent days circulated that opinion among customers.

In this opinion, Rangan also addressed other examples such as the potential that blockchain has for software services companies, specifically in the case of Microsoft and Azure, which already has products powered by Ethereum’s blockchain.

It is important to note that Bank of America is currently with industry giants such as IBM and Walmart among others, as one of the most notable and active investors in research projects related to blockchain and its scope.

This investment activity of Bank of America has led them to achieve several patents related to improvements and procedures whose basis of innovation is blockchain precisely. Among these patents we can mention one according to which by using blockchain to create labels, a person could find a specific block when searching for keywords associated with the tag of their search.

But the previous example is not the only one. It was also learned that Bank of America has also filed with the US Patent Office an online storage system for cryptocurrencies aimed at the business market. He has also filed a patent application on a cold storage system and a patent application for a system that would help facilitate digital currency payments and cryptocurrency conversions in real time. Not bad for a bank.

Although at the beginning of this year Bank of America made public an opinion in which it considered cryptocurrencies as an important threat for the stability of its business model among other reasons, due to the issue of associated implementation costs that a hypothetical adoption of cryptocurrencies would mean, with the active patent application that has been experimenting the bank will certainly not be left behind in the leadership of blockchain innovation.

0
One of the world's largest financial institutions, Bank of America (BAC), revealed, that despite the massive crypto sell-off, consumer interest in this industry is...
Read more
Companies

0
Although in the traditional financial sectors there has been a lot of caution and skepticism towards cryptocurrencies for various reasons, as far as blockchain...
Read more
- Advertisment -
Posting....