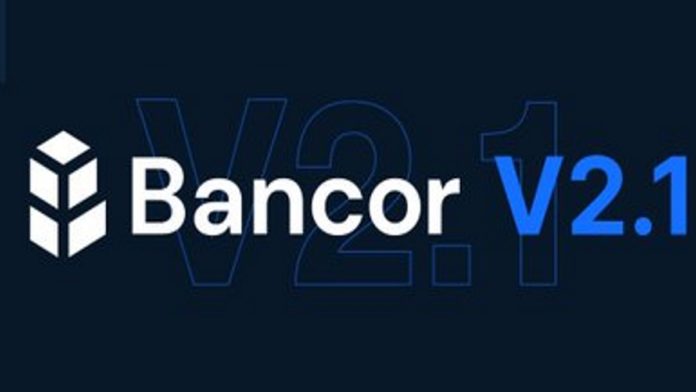 Bancor v2.1 protocol update details are published. The new update is about changes and protocol v2.1 health status. The latest version has been live for three months, and it’s now time to talk about the overall effect of that on the community. Single-sided exposure and impermanent loss protection to AMM liquidity providers through the use of BNT are two of the essential features in Bancor v2.1.

Periodic reports about the status and effects of new updates in blockchain protocols help developers and users see the features. They also promote the protocol by showing the results of new updates. When a new version of a protocol is launched, it’s vital to evaluate its effectiveness and find shortcomings to solve in the next versions. The latest update from Bancor focuses on the three-month performance of the Bancor v2.1.

The new report results from aggregating and analyzing data from October 24, 2020, to January 6, 2021. It includes the growth status and overall health of the protocol.

The most important part of the Bancor v2.1 health report is a 1000% increase in network liquidity. In the last three months, Bancor has been successful in driving 1.12M USD in swap fees. The earning from fees has surpassed total costs in the same period by a 5X margin. It means that the protocol and its owners – BNT holders – cover the cost of impermanent loss insurance and have significant revenue. The report as a whole shows that Bancor v2.1 has been successful in providing better services.

The new report from Bancor focuses on various parts of activity in the latest version. The most crucial part is about impermanent loss insurance. It’s a mechanism to compensate for the losses that some liquidity providers experience.

“Impermanent loss in AMM liquidity pools gets its namesake from its variable magnitude over time. The loss at any point in time is hypothetical, and determined by the relative price movements of the tokens inside the pool.”

The new version of Bancor’s insurance policy helps users have ease of mind when depositing and staking tokens. The insurance policy is somehow to increase by 1% each day after depositions. It will reach 100% coverage after 100 days.

The short report from Bancor is that the new version is healthy. The team believes that the significant rise in liquidity and fees shows an overall health status. It means that the system is profitable, healthy, and scalable enough to support more users.

0
Bancor published details about the second version of its protocol, Bancor V2. The new version will launch in Q2 2020 with new features and...
Read more
CryptoCurrency News

0
The announcement was made on the official Twitter account of Bancor. Bancor is announcing a new roadmap to create more liquidity and community governance....
Read more
Companies

Bancor plans a collaboration after the security breach of its platform

0
Bancor, the Israeli decentralized platform that announced a security breach on Monday, July 9 has announced that it will collaborate with relevant industry players...
Read more
- Advertisment -
Posting....