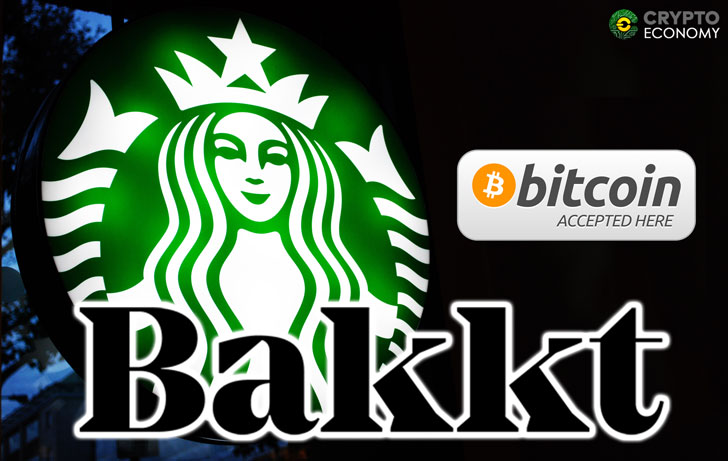 In a surprising move back in August 2018, Starbucks Coffee announced that it was partnering with Bakkt, a crypto outfit by NYSE parent company Intercontinental Exchange (ICE) that was seeking to offer physically settled Bitcoin futures. The announcement did not provide finer details on the deal but a report may just have shed some extra light into the deal that saw BCG Group, Microsoft and Starbucks partner in the future endeavor of Bakkt.

Apparently, in order to secure the deal, Bakkt may have assigned a ‘significant’ equity stake to Starbucks. Despite the reports claiming that the deal was mutually beneficial, some members of the negotiation team hold the opinion that Starbucks stake in Bakkt may be disproportionately larger than it needed to be considering that it is a strategic partner as opposing to making any cash investment.

Bakkt has been proposed to launch in two phases: the first encompasses the launch of the physically settled Bitcoin futures which is yet to launch as it awaits regulatory approval and the next phase which actually utilizes the partnership with Microsoft and Starbucks. In the second phase, Bakkt will utilize Microsoft’s cloud solutions to develop a software solution that will be used by commercial firms such as Starbucks to accept payments in Bitcoin.

In the agreement, Starbucks would allow its customers to pay through Bitcoin, however, the company would not be receiving Bitcoin but instead, the Bakkt software would automatically convert the crypto into fiat currencies thereby eliminating the need to account for Bitcoin in the Starbucks financial books. The deal was, at the very least, puzzling as the industry did not know how Starbucks would be benefiting through associating its brand with Bitcoin. The main reason would appear to be because they were offered a considerably significant equity stake to pass on the opportunity.

Bakkt should be launching later this year as the company did not provide a definitive date owing to the uncertainty in the regulatory procedures at the US Commodities and Futures Exchange Commission (CFTC). The second phase of Bakkt launch which should see Starbucks start accepting Bitcoin payments through the Bakkt platform is expected to launch in the second quarter of this year.