Avalanche (AVAX) Briefly Pushes Out Dogecoin from the Top 10 List 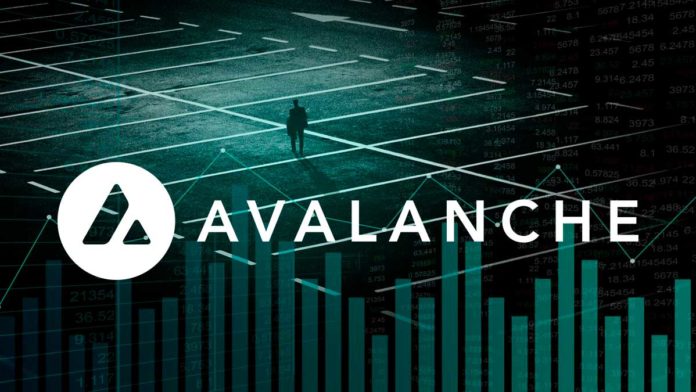 Avalanche (AVAX) pushed out Dogecoin (DOGE) from the top 10 crypto assets by market cap list on Sunday, November 21, and was the 10th largest asset by market cap in the early hours of Monday.

According to the data provided by CoinMarketCap, AVAX reached as high as $146.22 on Sunday, November 22, this posting a new all-time high (ATH). With this ATH, the market cap of AVAX crossed $30 billion for the first time in its life. The coin rose nearly 17% on Sunday, from $125 at the start of the day to its new ATH of 146.

In the recent two weeks, the flagship crypto assets Bitcoin (BTC) and Ethereum (ETH) have corrected themselves after registering new ATHs of nearly $69,000 and 49,000 respectively. Both these coins are now nearly 20% down from their ATHs. With this, the whole crypto market was in a downtrend.

However, this downside sentiment failed to impact AVAX over the past 7 days as it has risen almost 35%. On Sunday, November 21, it replaced Dogecoin (DOGE) on the 10th spot in the top 10 list as its market cap reached $30.60 billion compared to Dogecoin’s $30.30 billion. AVAX remained on the spot until 5:00 AM UTC, November 22. As the AVAX price corrected, DOGE was quick to take back its 10th position.

Even though the coin’s life in the top 10 was short-lived, it is an impressive performance by the coin whose host blockchain just launched its mainnet 13 months ago. AVAX started 2021 at around $4 per coin and the price at the time of press represents a staggering 3150% YTD increase. It is up more than 100% in November 2021.

The recent AVAX growth can be attributed to its decentralized finance (DeFi) and nonfungible token (NFT) ecosystem growth. Thanks to its low-fee nature, high TPS of 4,500, and near-instant transaction finality, it has been able to attract users and liquidity from Ethereum.

According to DeFi Llama, Avalanche is currently the fourth largest chain by TVL after Ethereum, Binance, and Solana. At the press time, DeFi protocols built on Avalanche locks more than $12 billion.

Atiq Ur Rehman
Electronics Engineer with a passion to write about Disrupting Technologies like Blockchain. He joined Crypto-Economy in July 2019.
Avalanche News

Avalanche’s [AVAX] Rally May Not Stop Just Yet

0
The losses sparked a major sell-off across the board this week. Avalanche , on the other hand, has decoupled from the rest of the...
Read more
CryptoCurrency News

0
Dogecoin's price movement has been piggybacking on the community and social media hype. The general social sentiment around the asset isn't optimistic but...
Read more
Avalanche News

0
The Avalanche Foundation has announced the launch of a fund that aims to offer more than $200 million in incentives to developers who build...
Read more
CryptoNews

HODLing Dogecoin [DOGE] may play out well; Here’s why

0
Dogecoin and other dog-themed cryptocurrencies have been making quite some noise of late. Thanks to the broader crypto market experiencing a much-needed boom,...
Read more
CryptoCurrency News

0
It seems that DOGE and SHIB tokens are somehow moving the market, but they are battling with each other as well. The market experienced...
Read more
Avalanche News

0
The latest stats on the Avalanche DeFi platform shows a very optimistic feeling about it and a possible price surge for the native token....
Read more
- Advertisment -
We use cookies to ensure that we give you the best experience on our website. If you continue to use this site we will assume that you are happy with it.OkPrivacy policy