HomeCryptoNewsAustralia does the first step in standardization of Blockchain technology
CryptoNewsFeaturedRegulation

Australia does the first step in standardization of Blockchain technology

The standardization of the use of blockchain technology is a sign that its acceptance is becoming more evident every day. The Australian non-governmental organization Standards Australia issued a report describing the “Roadmap for Block String Standards” to support the development block chain and Distributed Accounting Technology (DLT) and clarify standards Countries.

This NGO is in charge of the International Organization for Standardization (ISO), which is responsible for managing the Secretariat of an international technical committee for the development of block code standards, ISO / TC 307, and ISO will announce its decision in September 2017.

The block chain is a ledger as would be its accounting pair, which records and verifies the transactions of the chain at all times, in a secure way, and that is in the public domain. According to the Australian Standards, once the specific terminology focused on the blockchain is addressed as privacy, security and identity concerns can be collectively enforced through the development of one or a series of standards under ISO / TC 307. 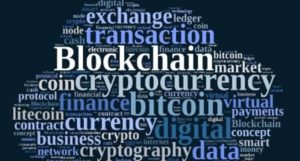 Key standards for block and DLT technology should also address issues of risk in the adoption of the system as well as the establishment of interoperability between blockchain systems. But to develop such standards, vocabulary terminology and consistency are perhaps the most important issue requiring immediate attention for the further development of a reference architecture standard for the block chain under ISO / TC 307.

A blockchain terminology standard would provide the clarity needed to support the development of other blockchain standards.

The report also includes the results of a survey that has guided the road map, involving 100 Australian government, industry, academic / research and consumer organizations. For example, most respondents indicated that they would like to see the government use the blockchain for registration of title deeds, personal identification and health records management.

To ensure the widespread adoption of blockchain technology there must be standardization. Over the next few years, Standards Australia will work with international and Australian stakeholders to make this happen by collaborating and leveraging the experiences of the block space pioneers such as the Commonwealth Bank of Australia, IBM and Microsoft. An important step certainly.