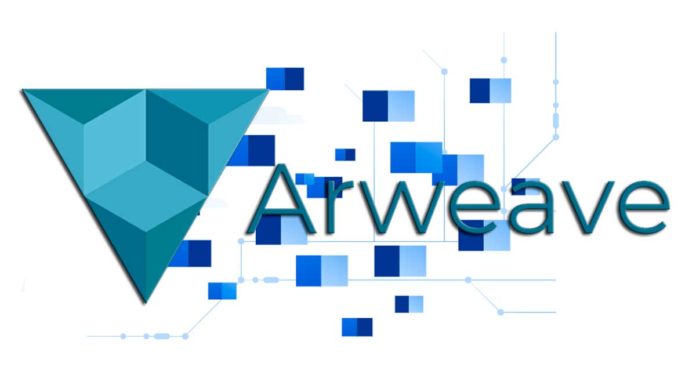 Decentralized permanent storage Arweave announced on Tuesday the results of a recently concluded funding round that was led by VC heavy-weight Andreessen Horowitz’s a16z Crypto.

This round also saw the participation of other leading venture capital firms such as Union Square Ventures and MultiCoin Capital raising $5 million for the blockchain startup.

According to Arweave founder Sam Williams, the service is focused on building the next generation “Library of Alexandria” which is basically permanent storage of resources on the web, dubbed permaweb. Some of the resources include webpages, emails, and social media posts and decentralized web applications.

Arweave was founded in 2017 with the mission to decentralize information storage similar to what Filecoin and Storj blockchain startups promise.

In a statement, Williams commented saying:

“These new long-term partners join us on a mission to build the world’s first truly permanent information storage system. Through the Arweave protocol, we envisage a future where humanity’s valuable history, knowledge, and applications can never be lost.”

The startup launched its mainnet in June of 2018 and since then has hosted more than 150,000 transactions have been committed to the network. There are more than 100 decentralized applications that have already been built on the platform since June last year.

This past month of October alone, more than 45,000 objects were stored to the permaweb, a solution that is touted as storing information in perpetuity.

“[I]magine the Library of Alexandria, a vast catalog of human knowledge and experience, which is now impervious to fire, flood, and other disasters. This is the permaweb,” Williams added.

According to technical documentation released on Tuesday, Arweave will be utilizing a proprietary framework described as “a new blockchain-like data structure” called the blockweave.

As a decentralized blockchain network, Arweave will utilize a consensus mechanism called ‘Proof of Access’ (PoA) which could be compared loosely to the popular Proof of Work used in leading blockchains such as Bitcoin and Ethereum.

The PoA consensus mechanism works by allowing miners to provide access to the network to store the information on resources owned by the miners in exchange for network fees.

What is interesting as well is that the permaweb is actually accessible through normal browsers such as Chrome and Firefox. The network has a browser extension through which users can add web resources to the permaweb similar to adding a bookmark.

“It has been an exciting road to get to this point, but the road to mass adoption looks to be even more thrilling,” Williams said adding that “It is incredible to see how the original idea of the permaweb has flourished, spread far from our core team and taken on a life of its own, with hackers building permaweb apps that we had never even dreamt of. We are truly thankful to the thousands of Arweave backers and supporters that have joined us on this journey to mass adoption!