Apple Might Have Purchased $2.5B worth of Bitcoin, Rumors Indicate 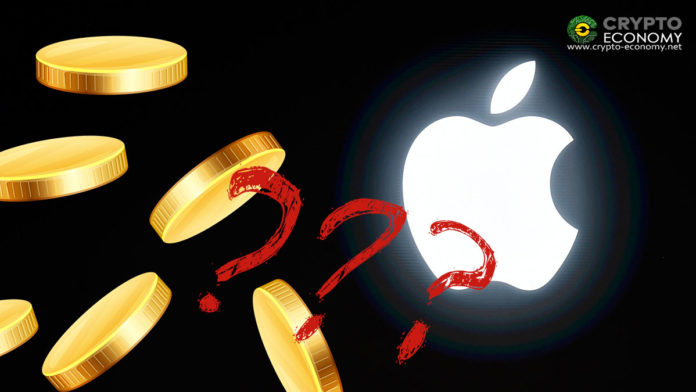 Rumors are flying on Crypto Twitter that the tech giant Apple has purchased $2.5 billion worth of Bitcoin and an announcement will follow soon.

GalaxyTrading, a Berlin-based crypto analysis platform, tweeted about the potential Bitcoin purchase of Apple. GalaxyTrading said that the investment might be more than $2 billion.  Whereas the CEO of ChainLeak, Joshuwa Roomsburg, puts the rumored purchase amount at $2.5 billion. He believes that Bitcoin will go straight to $80k to $100k.

Rumors that #Apple have purchased more than $2B in #Bitcoin 😳

Bitcoin is currently moving in a straight line around $34,000 and is waiting for a catalyst and according to some, if this rumor happens to be true, this will send the price per Bitcoin to a new all-time-high (ATH) that should be between $80K and $100K.

Early February, when Tesla announced it had purchased $1.5 billion in Bitcoin, BTC surged 20% on the day. This unconfirmed event might also produce a similar trend if Apple reveals it has also bought Bitcoin.

But is this true?

While many are endorsing the news, some people think that it is not possible given the previous stance of Apple about cryptocurrencies and Bitcoin. In 2019, when Apple launched its credit card with Goldman Sachs, the company made it clear that Apple cards could not be used to buy cryptocurrencies.

Apple dont do anything controversial. They’re very brand conscious. Bitcoin does not at this juncture fit with its brand ethos. I would love nothing more, but its too rebellious a move for them and too many opportunities for people to use it against them

if negative probabilities were a thing, that's what I would give to the chances of Apple buying 2.5 billion worth of #bitcoin

But the recent job posting shows that Apple is now interested in some crypto-related projects. A job ad posted on July 1, 2021, seeks to hire a Business Development Manager for “Alternative Payments.”

One of the key qualifications for the job is more than 5 years of experience in crypto-focused payment projects. It reads:

Estimates suggest that Apple could generate as much as $40 billion from cryptocurrency by implementing crypto exchange functionality in the Apple Pay Wallet.

As of writing, there is no rejection from Apple about its potential purchase of Bitcoin.