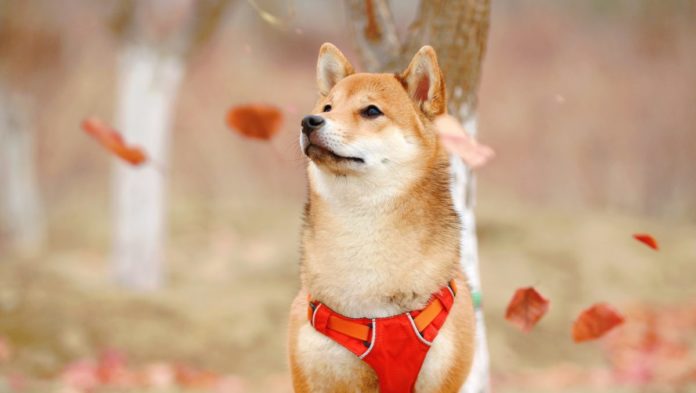 Shiba Inu [SHIB] has had an interesting year. From riding the wave of dog[e]-themed rallies, to briefly flipping the OG Dogecoin [DOGE] and eventually exiting the top-10. The frenzy seems to have taken a backseat. Where is SHIB headed in the first week of 2022?

The latest downswing in the market dragged Shiba Inu [SHIB] to the 13th spot just below its rival Dogecoin [DOGE]. SHIB briefly poked the $0.000040-level before Christmas, it mimicked another similar uptick before facing losses of almost 11% over the past week. It was now trading at $0.000034. Besides, the meme-coin held a market cap of $18.69 billion and a 24-hour trading volume of $879 million, at the time of writing.

What are the chances of recovery for Shiba Inu [SHIB] bulls?

The burn implementation in 2022 that was recently introduced in the roadmap for next year may be pivotal for SHIB. Another bullish narrative that could drive its price performance is an upgrade for the token’s decentralized exchange, ShibaSwap that the SHIB devs have been working on.

Even as the turmoil between the bulls and the bears continues, the adoption rate has remained unfazed and has followed an upward trajectory. The fueling adoption is evidenced by the total number of holders surpassing 1.1 million.

To top that, it is also important to understand that SHIB happens to be the second-largest holding among ETH whales with respect to USD value. Large transactions have noted a 10% rise with over $100,000 worth of SHIB transferred.

SHIB’s 4-hour chart depicted a drop in volatility as the crypto continued to consolidate below a crucial barrier. The trading volume has been unimpressive throughout the past month. The 50 SMA [Pink] underwent a Golden Cross with the 200 SMA [Yellow] on December 29th. However, the price remained trapped below the 100 SMA [Blue].

The emergence of green closing bars in Awesome Oscillator [AO] depicted a bullish momentum in the market. The Chaikin Money Flow [CMF], on the other hand, fell below the zero-line indicating a decline in capital inflow. The Relative Strength Index [RSI] was also stuck in the sellers’ territory.

The above chart demonstrated the undecisiveness in SHIB’s price action. The next few days may see consolidation in the current price range. However, if the crypto flips resistance at $0.000036, it could break into an uptrend. A breach could then bring in important target points such as $0.000040 and $0.000044 at play.