Algorand to Integrate Pocket Network’s Decentralized Infrastructure into Its AlgoSDK 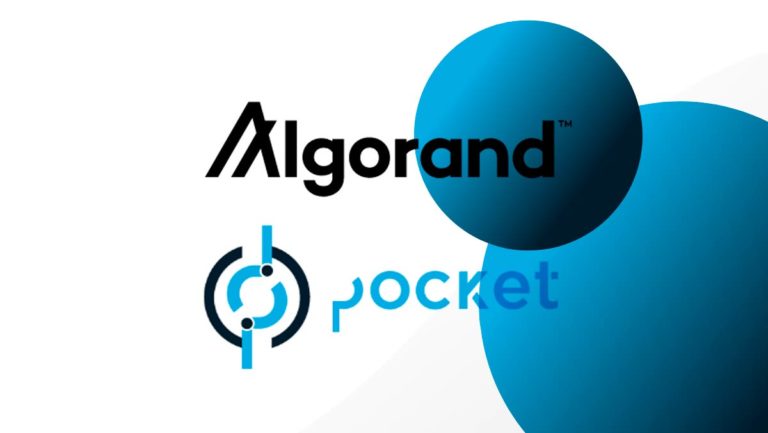 Algorand Inc. announced the move in a press release published on Tuesday, July 7th. According to the announcement, Pocket’s API protocol will be available in AlgoSDK, a javascript library for communicating with the Algorand network for modern browsers and node.js., enabling a 10x cost reduction, a new level of scalability and security, and greater access to blockchain development for developers.

Pocket Network is a decentralized API protocol for any blockchain, currently running on testnet. The mainnet is scheduled to launch on July 28th, 2020.

“As an incentive to use the testnet, Pocket will provide a POKT token grant to those application developers who start to relay data to Pocket’s network of nodes now, which can be used to further subsidize already low infrastructure costs come mainnet,” reads the announcement.

Furthermore, developers no longer need to hire their node runners or IT team to run their infrastructure. So this distributed node network results in time and cost process while eliminating single points of failure for DApps.

Pocket’s future plans include the development of a token bridge between Algorand and Pocket, based on mint and burn mechanism. The startup will be minting the POKT token as Algorand Standard Asset (ASA) on a one-to-one basis. This token bridge will allow Algorand developers to use ASA-POKT token in their applications. These token will also be tradeable on Algorand supported exchanges and wallets.

“Integrating with Algorand gives developers the tools to leverage two protocols, and when combined will provide developers unparalleled privacy and stability for their decentralized applications. The more developers access Algorand through Pocket, the more incentive there is for Algorand nodes to be running across the world, increasing censorship resistance, and providing a strong supply-side market for layer-2 solutions built on Algorand.”

“We’re excited to see the types of decentralized applications (Dapps) that will be unleashed when developers tap into the powerful infrastructure that the Pocket network provides.  The economic and technical advantages will give app developers a jump on the competition and enable the next wave of innovation.”