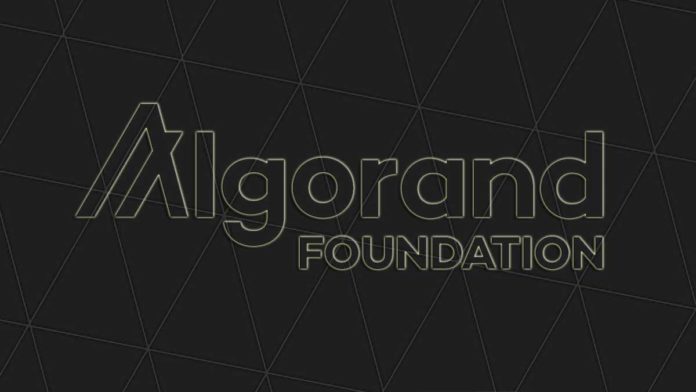 Algorand Foundation, a not-for-profit-organization behind Algorand Blockchain platform, has launched a new initiative to fuel the innovation in Algorand ecosystem. The foundation has committed 250 million ALGO tokens for this ALGO grant program.

The Algorand Foundation announced the news in a press release published on Tuesday, April 14. According to the announcement, three projects working in Algorand ecosystem have already received the grants.

Algorand Foundation noted 250 million ALGO tokens, approximately USD 50 million, will be allocated to qualified developers across four major categories that include novel research, development tools and infrastructure for the Algorand blockchain, use cases for decentralized applications (dApps) to be built on top of the Algorand blockchain, and education and community initiatives.

The other projects including DeFi, payments, asset exchanges, social media integration, supply chain, copyright authentication, and asset tokenization are also in the scope of this grant program.

Three projects have already received undisclosed amount including a multi-blockchain infrastructure company Bloq, delivering Algorand nodes and APIs alongside other major networks. Other two are; PureStake, an open-source browser plug-in that enables developers to add Algorand transaction capabilities into their applications, and Reach, a development platform focused on removing the complexity of building dApps on the Algorand blockchain.

“Easy and pragmatic developer tools are critical to further expanding the accessibility of the Algorand network. We are pleased to have been selected by the Algorand Foundation for a grant that lets us break down barriers between token holders, application developers, and the blockchain network itself.”

“The grant program from the Algorand Foundation is one of the most focused programs out there, and we believe it will be instrumental in accelerating the adoption of Algorand’s platform. We are excited to participate and move forward with our vision for making DApp development seamless.”

The Algorand Foundation further noted that it would conduct initial evaluation of projects to be granted by itself. But in future, open grant program will be introduced that will let the community to decide the project.

Fangfang Chen, Head of Operations at the Algorand Foundation, said:

“We are thrilled to announce the 250M ALGO Grants Program, which is designed to support innovation that helps to grow the Algorand ecosystem. We believe that a public, permissionless, pure proof-of-stake blockchain with an open-source approach is fundamental to delivering on the vision of a borderless economy. As part of its vision of enabling a broad and active blockchain development community, the Algorand Foundation is committed to supporting that community as they explore the opportunities for innovation that exist within the Algorand blockchain ecosystem.”

0
John Woods, CTO at Algorand Foundation, gave an update on how the project is spearheading the development of quantum countermeasures to make cryptography, in...
Read more
Companies

0
PLANETS.fund is a new fund from Borderless Capital that comes with a $10M investment for developing a green data economy on Algorand. The new...
Read more
- Advertisment -
Posting....