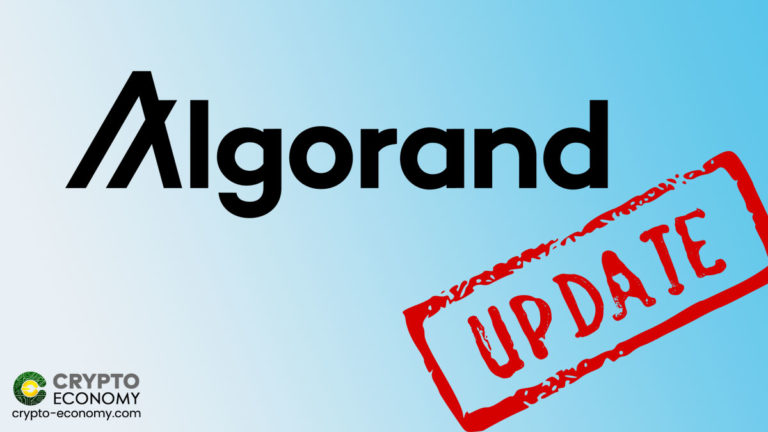 Algorand Inc., the developers of Algorand blockchain protocol, has announced a new set of smart contract functionalities on its blockchain that promise speed and scalability for DeFi and DApps.

According to an August 19th announcement, the new update involves the addition of stateful smart contract functionality called Transaction Execution Approval Language (TEAL) contracts that will be integrated into layer-1 and layer-2.

The company said that the launch of these comprehensive smart contract capabilities would enable the creation of DeFi solutions and DApps that can scale to billions of users, tens of millions of daily transactions, and with negligible transaction fees.

This iteration of Algorand protocol will not disturb the existing capabilities such as Atomic Transfers, stateless smart contracts and Algorand Standard Assets (ASA1s).

The company believes that its new smart contract functionality will unleash a new wave of DeFi applications that will innovate the industry going to take on established financial systems. According to a blog post by Silvio Micali, founder of Algorand, traditional smart contracts are solely implemented at layer 2 and are slow, expensive, and fragile. But the Algorand’s TEAL contracts are implemented at both layer-1 and layer-2.

According to Algorand Inc., restrictions around scale, transaction speeds and high transaction fee are also among the barriers to mainstream blockchain adoption. But the latest update of Algorand protocol removes these barrier by providing an elegant solution for DeFi and DApp developer to “build more sophisticated solutions, scale their applications, and make the promise of a borderless economy a reality.”

“DeFi gives the world access to an essentially unlimited number of financial products and services. It’s important for the new generation of DApps not to be stalled by the shortcomings of the first-generation blockchains. Algorand’s protocol serves as a solid foundation to power truly frictionless applications, and our approach to smart contracts makes them high-performing and functionally advanced enough to rival today’s existing financial services.”

Algorand Inc., founded in 2017, is blockchain-based company is dedicated to power the DeFi evolution by building new financial tools and services, bringing assets on-chain and providing responsible privacy models. Today, more than 400 have joined the fast-growing Algorand ecosystem, leveraging the platform to build a wide range of applications.

“We looked at several potential technology partners to truly unlock the potential of decentralized finance, but ultimately chose Algorand to issue our innovative profit-sharing token because of the functionality on a cost-effective platform at scale. Since the launch of Republic’s digital asset on the Algorand blockchain, we’ve been impressed by the performance, scalability and strategic value it brought to the Republic ecosystem.”