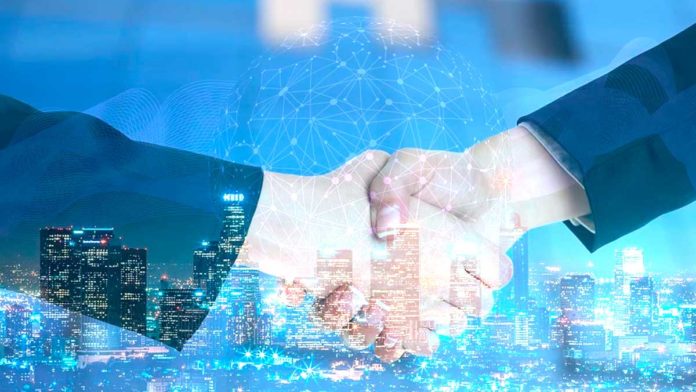 SingularityNET, a decentralized artificial intelligence (AI) network that lets anyone create, share, and monetize AI services at scale, has announced its team-up with Input Output HK (IOHK), the company driving forward the engineering and development of the Cardano blockchain.

According to the reports, SingularityNET is seriously considering a migration from Ethereum to Cardano. Although, the final decision has not yet been made.

Ibby Benali, Manager & Data Protection Officer at SingularityNET, announced the news in a blog post on Wednesday, September 30. Benali said that the IOHK and SingularityNET teams had been seriously discussing what it would take to port a significant portion of the SingularityNET decentralized protocol and platform from Ethereum to Cardano.

The potential move from Ethereum to Cardano is driven by concerns around speed and costs that have been badly affected by demand from the DeFi platforms.

Ethereum 2.0 promises to solve these issues but the timing of the rollout of different aspects of this next-generation Ethereum remains unclear. This led the AI platform to explore alternative blockchain.

But the Cardano is not the only blockchain platform under SingularityNET consideration. In 2019, the company had plans to portion of SingularityNET to a radical TODA-based ledger-less framework. The company has also experimented with NEM blockchain. There have also been interactions with the Algorand team.

According to the company, Cardano suits it best as both platforms share a culture and development style centered on advanced computer science and mathematics. Ibby Benali, about Cardano, said:

“Cardano’s consensus mechanisms and associated algorithms and structures comprise a unique mix of rigorous theoretical grounding and practical scalability and have now reached a level of maturity that makes it possible to port a complex blockchain application like SingularityNET to Cardano.”

The in-depth discussion between the two teams has already been moving forward even before the formal collaboration announcement. But the final regrading the migration of a part of its services has not yet been made. The matter will be discussed in-depth with the SingularityNET community when the time is right.

SingularityNET is an AI and blockchain project launched by Hong-Kong-based Hanson Robotics, the company that made the most sophisticated and expressive robot to date, Sophia. The project is supervised by Hanson Robotics’ Chief Scientist Ben Goertzel. It is a global AI marketplace where AI developers can put up their work, which can be tapped by others to enhance existing robots or build new ones.

0
The long-awaited 'Ethereum merge' has battered the graphics card industry in China due to its transition from proof-of-work (PoW) to proof-of-stake (PoS) consensus that...
Read more
Cardano News