After Coinbase; Circle plans to transform into public company at enterprise value of $4.5 billion 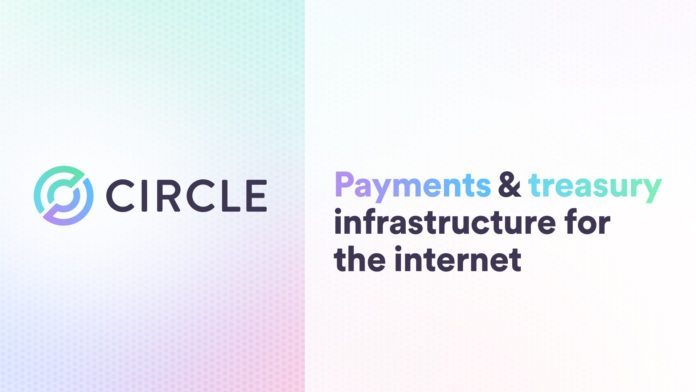 The cryptocurrency market rout has failed to sway the ambitious market players. Circle, better known as one of the founding members of the CENTRE consortium with crypto exchange Coinbase, is all set to become a public company quarter four of the year.

Jeremy Allaire, the Co-Founder, Chairman and CEO of financial technology firm has today anounced entering into a definitive agreement that will lead the company to transition to a publicly traded company on the New York Stock Exchange [NYSE]. Circle plans to achieve this through a merger deal with a publicly traded special purpose acquisition platform or SPAC called Concord Acquisition Corp.

Interestingly, entering a merger deal with a SPAC is slowly becoming a common way to transform into a publicly listed company for tech platforms.

According to the official blog post by Allaire, the deal should value the firm at $4.5 billion. Following the completetion of the transaction, Circle plans to trade on the NYSE under the ticker “CRCL.” Talking about the transformation of Circle into a global, publicly listed company, the exec highlighted that the move is “merely a marker” in its journey to revamp the global economic system with the help of internet-native technologies. He went on to add,

“We have a long way to go in pursuing our mission, and are incredibly grateful to each and every one of you for your support and engagement with Circle. We are also thrilled to partner with Concord’s executive and investment team, drawing on their decades of operating experience growing financial services businesses around the world.”

Allaire also weighed in about USDC on a different thread in which it underscored the change in how the community interacts with the world’s second-largest stablecoin after Circle’s shift from private to public company. Heralding it as a “critical step,” the exec stated that this move would provide greater transparency while paving the way for creating new opportunities and business around USDC as well as its reserves.

He also revealed Circle’s plans to eventually transform into “the most public and transparent operator of full-reserve stablecoins in the market.” With forthcoming public filings, and new USDC reserve attestations, the goal that lies before the company is to offer a detailed summary of the stablecoin reserves. He concluded,

0
The largest US-based cryptocurrency exchange, Coinbase has posted a second consecutive quarter with significant losses. As per the earnings report of Q2, Coinbase has...
Read more
- Advertisment -
Posting....