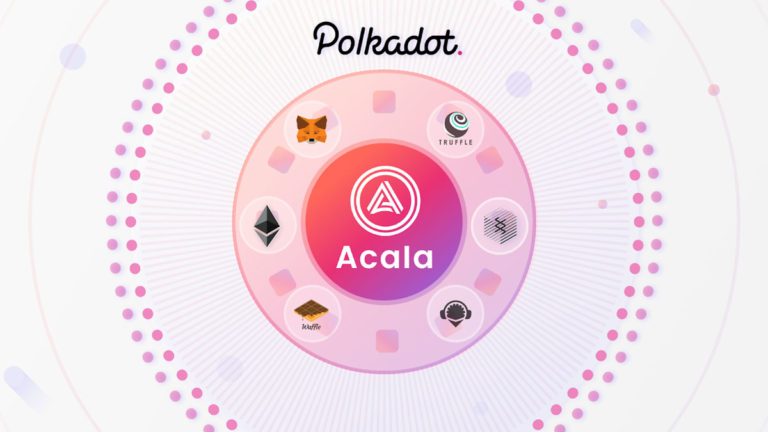 According to the announcement, Acala EVM+ helps any Ethereum dApp to deploy on the new tool. It offers a fully Ethereum compatible environment. Tools like MetaMask, Truffle, and Waffle are accessible in this environment, too.

Polkadot is one of the blockchains that offer alternatives to Ethereum and has been successful in attracting developers. It has many tools and features that help developers launch their ideas faster and cheaper.

Acala is the DeFi hub on the Polkadot ecosystem, with numerous tools for launching or migrating DeFi platforms on the new ecosystem. It has now launched a new service called Acala EVM+ that helps Ethereum DeFi platforms scale to Polkadot faster.

The new tool from the Acala engineering team provides a development environment that is very similar to Ethereum. It also results in products that have an Ethereum-compatible experience for DeFi users.

The most important benefit of EVM+ is its Ethereum-compatible environment combined with access to Polkadot’s modular blockchain framework, Substrate. It means developers can migrate or scale their current dApps to a new environment with numerous useful features easily.

Acala team believes that developers can unlock lots of potentials by migrating to new alternatives like Polkadot. They believe that Ethereum has shown new horizons after Bitcoin, and now, Polkadot is doing the same after Ethereum. Tools like Acala EVM+ can help developers try their chances on the new networks with ease of mind.

Launching on Polkadot using EVM+ has many benefits for DeFi developers. According to the announcement from Acala:

“DeFi teams will now be able to smoothly integrate with Acala, and the entire Polkadot ecosystem, for composability with billions in new TVL, hundreds of thousands of new users, a seamless user experience compared to their current status quo, and development support from the top engineering team in the Polkadot ecosystem.”

Those users that currently rely on DeFi platforms on Ethereum can find access to a lot of new assets when their platform scales to Polkadot. Besides, using Substrate means developers can customize their services easier and faster. Another important benefit is that DeFi platforms will become multi-chain with new tools. Acala team also says that building DeFi services with their solution means collaborating with them. They’re one of the most successful teams in the Polkadot ecosystem and can help new teams very much.