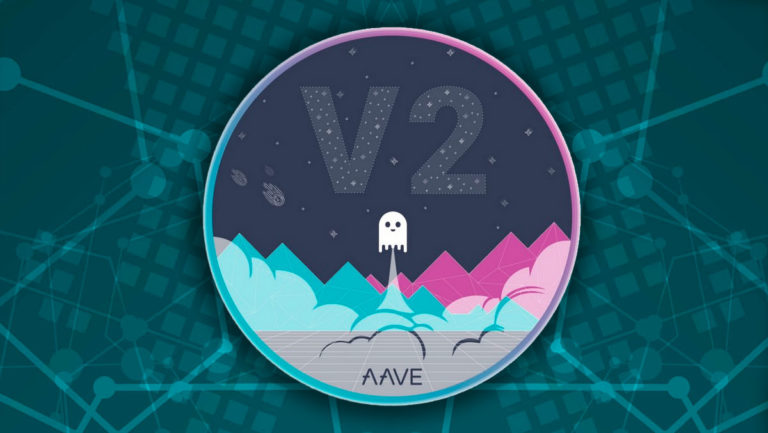 Aave Protocol announced the launch of V2 on mainnet. After months of development and improvements, V2 is now ready for users. Aave protocol has shown great potential in the past months, and V2 can expand their user-base for sure.

Launched in early 2020, the Aave Protocol has been one of the best performing DeFi projects. It reached over 1B market size very fast and provided some of the best innovative financial solutions to users. Flash Loans and aTokens are some of the significant innovations by Aave Protocol. The new version V2 that is now live on mainnet plans to expand the offerings significantly.

The Genesis Team that focuses on the development and improvement phases of Aave announced the launch of V2 in a blog post. There are some new features in the second version and also some upgrades for the previous ones. According to the post:

Flash Loans have experienced some significant upgrades in Aave V2. Other vital upgrades focus on payment with collateral. Aave V2 makes it easier for users to pay with the collateralized asset. With the new upgrade, paying with collateral doesn’t need multiple transactions, and users can pay only with one.

Liquidation will be faster and easier in Aave V2. Liquidators can use flash loans in the new upgrade to borrow capital from Aave protocol and execute their liquidation. They had to use their own holdings or borrow from another one to do that before.

There are many other improvements and upgrades in Aave V2 that all focus on faster and more efficient financial services. Batch Flash Loans, Debt Tokenization, Native Credit Delegation, Gas Optimizations, and Stable & Variable Rate Borrowing are some of those new features and upgrades.

Genesis Team says that Reserve Factor will be changed in Aave V2. According to their announcement:

“V2 also introduces a Reserve Factor to finance the long term sustainability of the DAO. The Reserve Factor allocates a share of the protocol’s income to the ecosystem reserve. This reserve is used to sustain the DAO and pay contributors. One of the key expenses of the DAO is to reward Safety Module Stakers who cover the risk of a deficit. As such, the Reserve Factor is also a risk premium, and so it is calibrated based on the overall risk of the asset.”

Aave V2 has some rewards for the first adopters. Users can now migrate their liquidity from V1 o V2 using AIP-3 without the need to close their V1 loan positions.