Web3 and blockchain technology is growing at a rapid pace providing better ways for consumers and businesses to scale their capacities for effective administration, management and reliability. However, in this burgeoning world of technological advancement, sustainable and environmentally friendly solutions have become imperative.

To combat such issues, 5ire was launched to build a scalable, decentralized and sustainable open-source blockchain with smart contract & ESG ranking services. It is a blockchain ecosystem for Impact & SDG-related development, to help accelerate the United Nations 2030 Agenda for Sustainable Development.

What is Remix Integration?

This week our tech team shifted its focus from the #Nominator and #Validator Application to Remix #IDE.

Here's what's brewing in the 5ire #Techverse
We're working on #UI integration on Remix IDE, which includes logos and themes, among other customizations. pic.twitter.com/1eKy0jwET8

In a recent announcement, 5ire revealed that it has shifted its focus from the Nominator and Validator Applications to Remix IDE. The user interface (UI) integration on Remix IDE will include logos and themes, among other customizations. Remix is an open-source Ethereum IDE that can be used by developers to write, compile and debug Solidity code. Solidity is a programming language designed particularly to build on top of Ethereum. 5ire tweeted,

“This week our tech team shifted its focus from the Nominator and Validator Application to Remix IDE. Here’s what’s brewing in the 5ire Techverse We’re working on UI integration on Remix IDE, which includes logos and themes, among other customizations.”

For the uninitiated, Remix is a “no-setup tool with a Graphic User Interface (GUI)” for developing smart contracts that is used by experts and beginners alike, enabling a simple deployment process to the preferred blockchain.

In addition, Remix is an important tool in Web3 and dApps development. Remix IDE has several modules out of which, the three most popular ones include a module for testing, debugging, and deploying smart contracts. It also offers several libraries to make development faster.

On January 13, 5ireChain announced its roadmap for 2023. The list includes connecting Ethereum Virtual Machine (EVM) Wallet with Metamask, one of the most popular crypto wallets. EVM is a  blockchain-based software platform that powers the entire Ethereum ecosystem.

Secondly, the Remix Integration with the 5ire Explorer App. The team is also working on the final tokenomics documentation which will be made public in Q1 of 2023. WhatAmong several other developments, 5IRE will officially launch the world’s first sustainable layer-1 blockchain on its mainnet in Q3 of 2023. The company further said

“Our token generation event will take place once the mainnet has been successfully launched. As announced earlier, we will be launching our 5ire tokens on our Mainnet.” 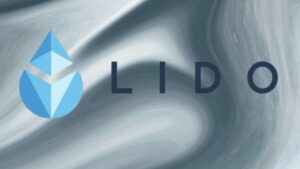