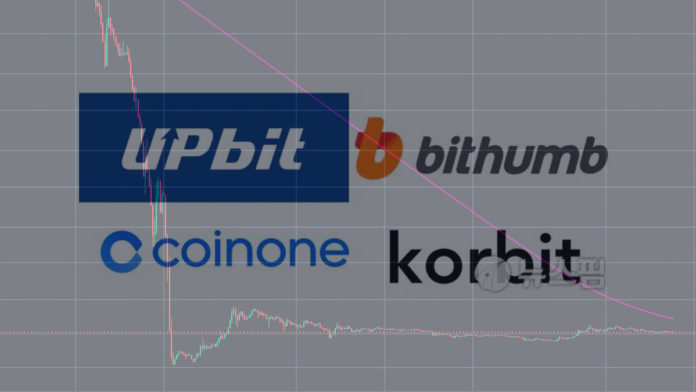 The Luna incident is to be investigated by a convocation of five CEOs from Korean exchanges, including Dang Jeong and Lee Seok-woo.

As a result of the collapse of the Korean virtual assets LUNA and UST, along with the collapse of the five major exchanges in the crypto market, the ruling party has called an emergency party meeting. The representatives of the exchange will be held responsible for the damages caused to investors because of the recent Luna crash and delisting, which led to the loss of their investments.

On the 23rd, according to representatives of the Party Policy Committee and industry groups in the virtual assets industry, the meeting will be jointly held by the Party Policy Committee and the Virtual Assets Special Committee, which include Upbit, Bithumb, Coinone, Korbit, Gopax, etc. In order to conduct the meeting, representatives from each of the five major exchanges were summoned.

The current CEO of the Korea Exchange, Lee Seok-woo, has decided to attend, and other representatives of Korea’s major exchange companies are expected to attend, according to a ruling party official.

During the Luna incident, the National Assembly is expected to hold the exchanges that handled transactions related to Luna responsible for the protection of investors.

The Korean virtual asset Luna saw its price plunge by 99.999% within a week as a result of the most recent market volatility, leading Binance, the world’s largest virtual asset exchange, to announce on the 13th that it would suspend some of its spot trades in Luna. Upbit, Bithumb, and Gophex followed suit.

It was the Terra coin, which was known as a stablecoin and had a market cap of 18 billion dollars at one point, that was reduced to tissue paper overnight. This, of course, caused a great deal of damage to investors, but because there were no laws related to virtual assets, the financial authorities also regulated punishment. However, the National Assembly took action when it repeated its stance that it would not be possible to do so.

Moreover, it is expected that at the party meeting on the same day, all ministries will discuss their preparation status with regard to the Framework Act on Digital Assets. Seong Il-jong, Jae-ok Yoon, Kim Hee-gon, and Yoon Chang-Hyeon will be in attendance from the ruling party, where they will be joined by the policy committee chairperson.

Yoon Chang-Hyeon will be the special chairman of the virtual assets department. On the government side, Mr. Kim So-young, vice chairman of the Financial Services Commission, Mr. Kim Jeong-gak, president of the Financial Intelligence Unit (FIU), and officials of various ministries such as the Ministry of Finance, Fair Trade Commission, and the National Police Agency will be attending this forum.

This meeting may result in harsh actions against exchanges. Although they had no role in the crash of Luna and UST, they may be called responsible for protecting their users. We should wait and see what happens in the emergency meeting.

0
On May 27, LUNA 2.0 was scheduled to be distributed through a public airdrop. There has been an announcement from Terraform Labs, however, that...
Read more
CryptoCurrency News

0
According to a Terra analyst, the synthetic asset trading protocol, 'Mirror Protocol', is a scam set up by Do Kwon to be a part...
Read more
- Advertisment -
Posting....