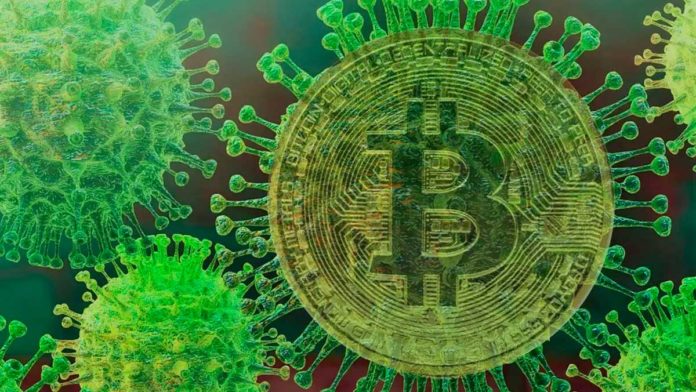 Things have been looking up for Bitcoin and other cryptocurrencies these few days. At the time of writing, Bitcoin has broken the $10,000 ceiling that appeared to have hampered it throughout 2020.

This is the first time since February 2020 that we’ve seen an increase in Bitcoin valuations. Fears with regards to additional government intervention and an impending halving had some speculating that 2019 – 2020’s bear-ish trend may be the beginning of the end.

Fast forward 5 months and the situation on the ground looks to be much different. The devastating COVID-19 pandemic has forced entire nations into self-imposed quarantines as a means of containing the virus.

In the wake of all this, consumption has plummeted, and thousands of businesses have been forced to shut their doors. With unemployment on the rise and governments stretched to their limit, it would look as if an economic meltdown is on the horizon.

This would perhaps explain why cryptocurrencies and a selection of safe haven investments have begun to appreciate in recent times.

Here we look at 3 reasons why cryptocurrency valuations are on the rise (and why they’re likely to stay that way).

The COVID-19 pandemic has wreaked havoc all over the world and will likely trigger the next great financial crash. In the wake of all this, the typically volatile cryptocurrencies have remained relatively stable despite everything that has been going on.

This can be attributed to several factors with the first being the decentralized nature of cryptocurrencies. As cryptocurrencies are not issued by any single governing body, they are largely unaffected by the economic outlook or rising geopolitical tensions.

Such resilience naturally makes them an attractive investment for investors looking to hedge the value of their investments. As can be seen by how precious metals and crypto have simultaneously increased in value, there is perhaps some credence to this hypothesis.

Additionally, the relatively uneventful halving of Bitcoin has shown the world that most of the fears held by investors was largely psychological. This turn of events is in turn likely to attract a slew of new investors looking to get in on the crypto game.

As can be seen in the United States, widespread distrust of the government has led its citizens to lash out violently. From civil unrest to its clumsy handling of the COVID-19 pandemic, 2020 will only serve to widen the ever-increasing trust deficit between Americans and the government.

Due to this, citizens will become more accepting of non-fiat currencies such as Bitcoin. The relative anonymity offered by cryptos have previously made them the currency of choice for dark web users.

Now with fears of government surveillance and increasing distrust, plus the fact that some teams in the NFL betting are entering the game, it will only be a matter of time before more Americans turn to crypto.

Despite an impending presidential election, widespread civil unrest and rising tensions with China, the U.S share market has defied all expectations. With share prices rising steadily, investors have rushed in to leverage on the sudden rally.

There appears to be a clear disconnect between the share market’s performance and the actual economic situation on the ground. Firstly, consumption is currently being artificially buoyed by stimulus packages introduced into the economy.

With the Fed lowering interest rates and cash being injected into the economy, it is only a matter of time before the machine runs out of steam. Printing cash in huge amounts to keep the economy afloat is a surefire way of driving up inflation rates.

For the time being, investors are still scrambling to get ahead of the market crash. With the current trends, it would appear that market participants have begun to place their cash elsewhere, in search of better investments.

The future remains relatively uncertain with so many factors at play. However, if the data is to be believed, we can expect cryptocurrencies to play a larger role in the days to come.

Guest post published by Crypto Economy have sent by companies or their representatives. Crypto Economy is not part of any of these agencies, projects or platforms. At Crypto Economy we do not give investment advice and encourage our readers to do their own research.