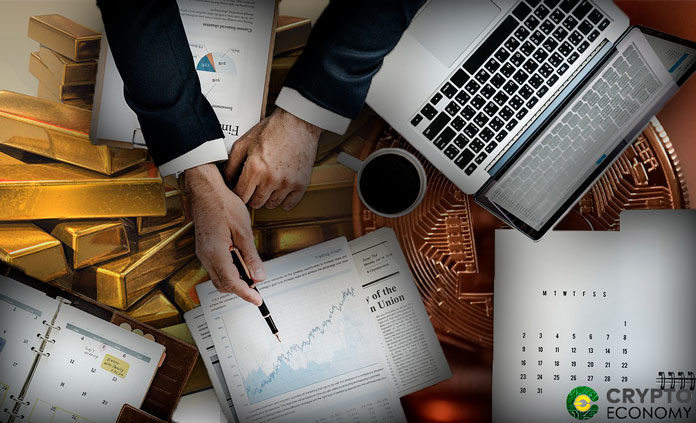 Demelza Hays, a cryptocurrency teacher at the University of Liechtenstein, shared a tweet about her recently published report on Crypto Research Report. In her report, she wrote about the relationship between Bitcoin and gold, the future of gold-backed stablecoins, and its effect on decentralized cryptocurrencies. According to Demelza Hays, There are three main types of centralized, collateralized stablecoins and they are fiat, commodity, and crypto.

Talking about the similarities between Bitcoin and gold, the report says that Unlike fiat money, gold and Bitcoin cannot be created by central banks at will in response to demand shocks. The average annual growth rate of the gold supply is around 1.7 % with a small standard deviation. While the inflation rate of Bitcoin is 3.69% and is following a downward trend and their inelastic supply makes the prices of gold and Bitcoin dependent on their demand.

The certain amount of Bitcoin and gold becomes unusable every year. For gold, the reason is that now gold is used in tiny amounts in high-tech goods which makes it unfeasible to salvage for a long time. A survey estimates that around 12% of current world gold production is being lost for this reason. Similarly, Bitcoins also become unspendable due to due to lost private keys and fat-finger mistakes while typing cumbersome recipient addresses. 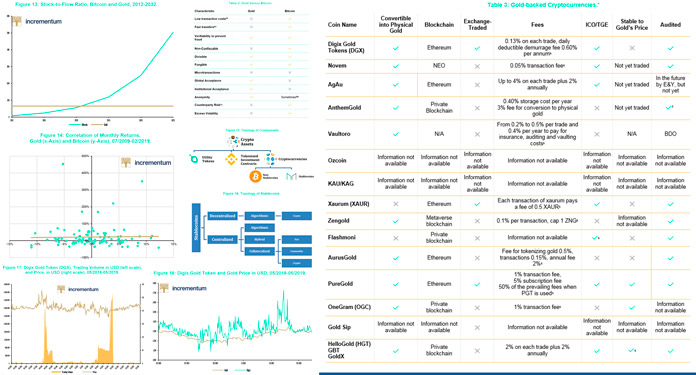 Suggesting the difference, the report reads:

The main difference when it comes to mining is that mining is what secures the Bitcoin network and the price of Bitcoin on the market. In contrast, gold mining does not secure the price of gold. Therefore, we would like to make the subtle distinction that Bitcoin is not a bearer instrument in the same sense that gold is.

Some investors believe that Bitcoin is hurting gold that the demand for gold is adversely affected by the success of cryptocurrencies. But the report says:

As of yet, the correlation between gold and Bitcoin returns is still low and slightly positive, indicating that the demand for gold is not adversely affected by cryptocurrencies.

There are over fifty gold-backed coins currently, and most likely, many of them will fail. It will take a few years for the market leaders to emerge, gain widespread exposure, and thus secure the standing of gold-backed tokens as a store of value. This year will be pivotal in identifying which projects are going to take the lead in this endeavor.