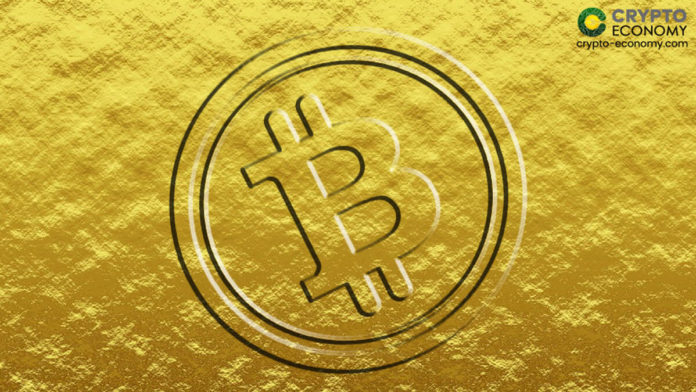 BItcoin’s popularity is at an all-time highnow as Bitcoin is now as expensive as 1kg of Gold. According to Coingecko, the last 24-hour high of Bitcoin is $58,640, which was nearly equal to the last week’s Gold high of $58,754.

On early Monday, February 22, the world’s largest crypto asset was more expensive than gold as it was being traded at above $58,000 than $57,371 of Gold. Bitcoin has now dipped to $53,700 at the time writing, according to Coingecko.

According to Cryptowatch, Bitcoin finished the week with another strong weekly green candle growing 18% and adding $8,800 to its price. With a total market cap of $1.04 trillion, Bitcoin is now worth more than the entire Dutch stock market.

Bitcoin started 2021 at $28,990 and on early Sunday, February 21, it blew past $58,000 amid growing acceptance from mainstream investors and corporate majors. This means that the coin has already doubled this year and the $100K milestone is not unthinkable in 2021. 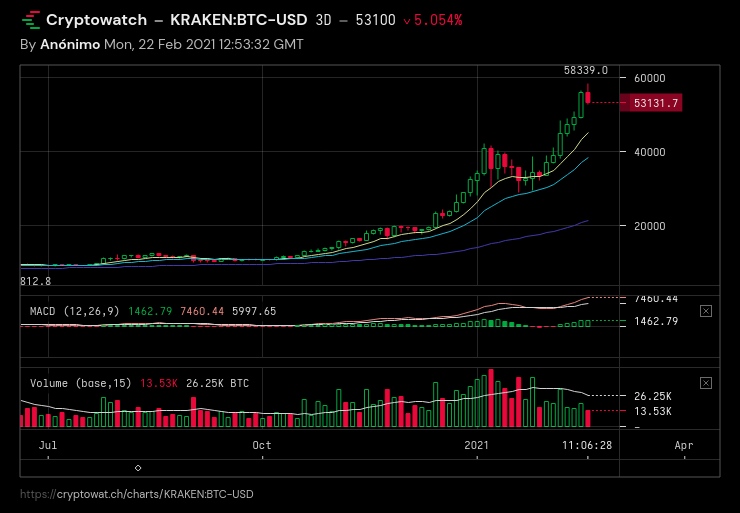 On January 7, Bitcoin broke the barrier of $40,000, and in the following days, it cost up to $42,000. After that, the coin kept oscillating between $31,000 and $35,000, with peaks of up to $39,000. Amid this scenario, analysts at JP Morgan Chase, in late January, predicted that Bitcoin might never go above $40,000 because of weak institutional demand and the possibility of investors withdrawing their profits.

But Bitcoin again proved its resilience and blew past the $42,000 levels again on February 9th when renowned electric automaker Tesla announced the purchase of $1.5 billion worth of Bitcoin.  One week later, business intelligence firm MicroStrategy announced its plans to purchase $600 million worth of Bitcoin, which was then increased to $900 million. This helped Bitcoin to surge above $50,000 and to a new all-time-high (ATH) of $58,640 on early Monday, February 22.

According to experts, with this growing acceptance from institutions, the gap between supply is demand is increasing, suggesting a further price surge. Skybridge Capital founder and managing partner Anthony Scaramucci, in an interview with CNBC last week, said that this gap would help BTC to achieve the $100K milestone before 2021 ends. Anthony remarked:

“I do think we see $100,000 in this coin before year-end … It’s just a supply and demand situation. You don’t have a lot of supply out there and very heavy demand.”