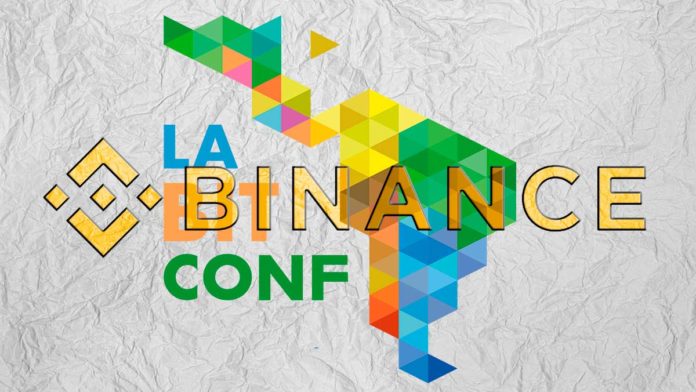 Malta-based cryptocurrency exchange Binance has announced a new fiat gateway of its Latin American users dubbed the Latamex which will be integrated into the current fiat gateways on the Binance website.

Binance’s chief executive announced the new partnership and gateway during the LaBitconf conference event held in Montevideo, Uruguay on Thursday.

In a press release by the leading exchange on the launch of the Latamex platform, Binance wrote that the new platform will:

“initially launch in Argentina and Brazil for direct purchases of cryptocurrencies, including BTC, BNB, ETH and stablecoins such as BUSD, with the Argentine Peso (ARS) and Brazilian Real (BRL) through the Binance Fiat Gateway channel.”

CZ believes that the Latin American region is dire need of financial inclusion services and cryptocurrencies are just the right fit for the market.

“Roughly 50 percent of the Latin American population is unbanked, and Latamex is a response to our users’ demands and the current market climate,” he said on Thursday.

“Working with Settle Network allows us to instantly bridge the gap between fiat and crypto for Latin American traders. We are continuing to build with our key partner, Settle Network, to bring wider accessibility of cryptocurrency in Latin America and will support additional local fiat currencies in the region in the future.”

Binance so far has more than 15 fiat gateways with several other partners including Simplex, Koinal, and WazirX.

The exchange supports fiat currency such as the Russian Ruble, Nigerian Naira, Indian Rupee and several others.

In addition, the exchange has launched satellite exchanges to which it has licensed its matching engine including Binance Jersey, Uganda, Singapore, and the US. Binance aims to create as many fiat gateways in order to make it easy to onboard new people to use cryptocurrency.

“The crypto industry is still in its early stages and most of the world’s money is still in fiat,” CZ added in a statement.

“Building fiat gateways is what we need now to grow the ecosystem, increase adoption and introduce crypto to more users.”

Commenting on the partnership with Binance, Pablo Orlando who is the founder and CEO of Settle Network said that:

“Latin America has illustrated one of the largest needs and use cases for blockchain and cryptocurrency adoption.” He added that “partnering with Binance has allowed us to further open fiat gateways for Latin American users together and bring larger adoption forward to provide financial freedom in the region.”