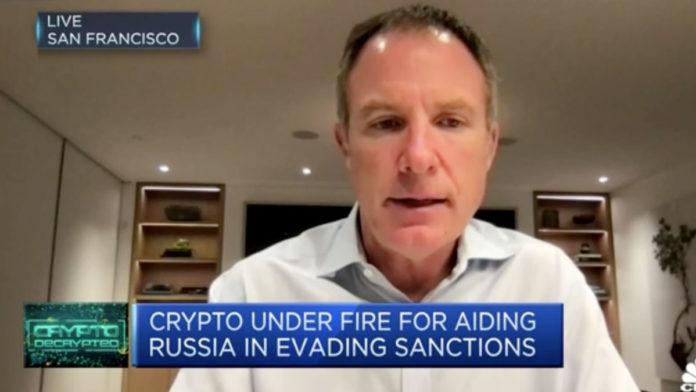 Standard Custody CEO Jack McDonald believes there is a link between the executive order and the situation in Ukraine. He discusses his beliefs and the reasoning for them in an interview with CNBC.

Good Timing for an Executive Order

He begins the conversation by stating that inappropriate behavior in the cryptocurrency market is considerably more difficult than ever before, owing to the industry’s institutionalization in recent years.

Given a number of the safeguards in place in the sector today, it’s practically impossible to move big sums of money in an anonymous manner while avoiding punishment. Jack believes we’re in a very different situation now than we were five or ten years ago.

When President Biden issued his executive order last week, it drew the attention of cryptocurrency speculators. Even while we knew it was coming, the timing caught investors off guard, essentially allowing regulators to crack down on the illegal use of cryptocurrencies.

For a variety of reasons, Jack believes the crypto business is receiving more attention than ever before. Institutional adoption is still increasing at a respectable rate. Apart from that, events like worldwide turmoil, such as the tragic situation in Ukraine, have cast a lot of light on the capacity to move enormous sums of money in a frictionless and cost-effective manner. As a result, he believes there is a link in terms of timing. The Presidential decree, he believes, is also a very significant statement that cryptocurrencies are here to stay.

President Biden’s offer was a model for the many regulatory organizations in the United States to come together and spend time thoughtfully and prudently crafting a regulatory plan.

“I think what we’re seeing particularly right now in the Ukraine and Russia is the fact that there is a lack of regulatory oversight in any sort of standardized or coordinated way, and so when events like this happen, you see a bit of a scramble.”

In response to a query about criminals’ usage of cryptocurrencies, Jack believes the situation is vastly different than it was in the early days of the Silk Road. The bitcoin sector has come a long way in the previous decade, and there are now severe precautions in place, starting with anti-money laundering and KYC hurdles transaction monitoring.

Whatever the purpose for President Biden’s recent executive order and when it was issued, it has the potential to have a wide range of market repercussions. Many feel, however, that enabling more regulated operations in both CEXs and DEXs will help the sector flourish.