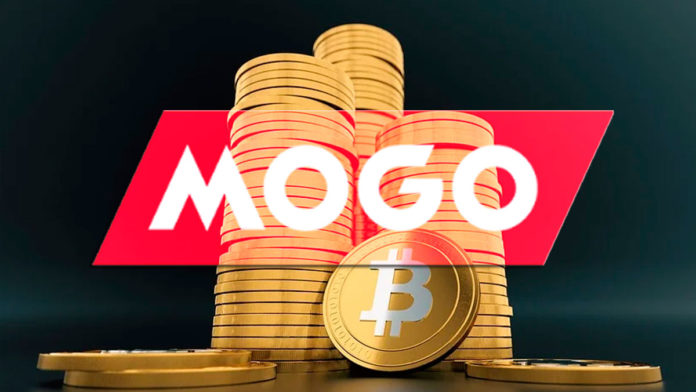 The trend set by MicroStrategy to make strategic investments in Bitcoin is now followed by more and more companies. NASDAQ-listed Canadian fintech firm Mogo Inc. is the latest to join the trend as it announced an initial corporate investment of up to $1.5 million in Bitcoin by the end of 2021.

Mogo announced the news in a press release published on Wednesday, December 23. According to the company, this initial Canadian $1.5 million investment would represent approximately 1.5% of Mogo’s total assets as of the end of the third quarter of 2020. Mogo is also considering additional investments in 2021 as it monetizes its $17 million investment portfolio.

Mogo is a Vancouver-based financial technology company that is also listed on NASDAQ and the Toronto Stock Exchange (TSX). The company has a significant presence in the crypto industry, especially in the Bitcoin market. The company launched MogoCrypto app in 2018 that enables its users to buy and sell bitcoin at real-time prices instantly.

According to the company, despite the recent Bitcoin surge, the majority of Canadians do not own or have exposure to bitcoin. So Mogo is committed to removing these barriers. In addition to a Bitcoin-focused app, the company has also announced a bitcoin rewards program that “provides members with the opportunity to earn bitcoin through engagement with Mogo’s products and enables them to accumulate bitcoin over time.”

“We are strong believers in bitcoin as an asset class and believe this investment is consistent with our goal to make bitcoin investing available to all Canadians. In addition, we believe bitcoin represents an attractive investment for our shareholders with significant long-term potential as its adoption continues to grow globally. We plan to initially allocate a modest portion of our capital toward bitcoin investments and will consider additional investments in bitcoin as we monetize some of our existing $17 million portfolio which we expect to begin doing in 2021.”

Bitcoin has grown more than 200% in 2020 due to growing endorsement from institutional investors and leading global fintech companies. As reported, publicly-traded intelligence company MicroStrategy has purchased more than $1 billion worth of Bitcoin in 2020 with currently holding is about 70,470 Bitcoins.

Digital asset manager Grayscale has also seen large inflows to its Bitcoin Trust (GBTC) in recent months. According to the latest numbers, Grayscale Bitcoin Trust currently has $14.1 billion in assets under management (AUM).

0
Bitcoin (BTC) surged above the $25,000 level for the first time since June 13 before falling back to trade below $24k. BTC has been...
Read more
CryptoNews

0
In its latest report, the largest digital asset manager, Grayscale, predicted that it could be a long delay before the next bull run. The...
Read more
- Advertisment -
Posting....