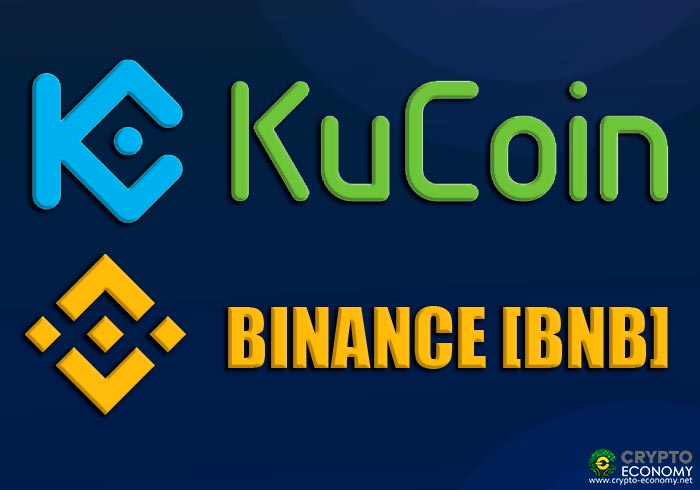 Announcing the development, KuCoin tweeted on Tuesday, June 18th that:

As revealed in the announcement, two trading pairs will be supported for BNB on the KuCoin exchange, one against the Tether stablecoin [USDT] and the other against leading cryptocurrency Bitcoin [BTC].

The move by KuCoin to list a rival native token such as Binance Coin took the community by surprise as several took to speculation on the reasons why the exchange chose to list the token. KuCoin CEO Michael Gan had the answer, however, stating that:

“KuCoin is always willing to support promising blockchain projects that bring value to the world. Blockchain mass adoption is the end game and we are all going after the same objective.”

Binance CEO Changpeng Zhao (CZ) was quick to respond to the listing announcement calling it a smart move. He wrote on Twitter on Wednesday:

“Very smart move from KuCoin to support #BinanceChain and $BNB. 1. [Gain] access to many strong projects already (and will be) on Binance Chain. 2. Attract BNB traders and holders, especially users we had not been able to service.” He added that “Exchanges need good projects. How many exchanges can afford to not have access to Binance Chain tokens/projects? If you are going to support it sooner or later, then sooner is better.”

CZ’s enthusiastic response on Twitter has led several to question (or rather demand) a reciprocal action by Binance in order to list KuCoin’s native token KuCoin Shares [KCS]. So far neither of the exchanges has reported any developments in this regard although, in a consequent response tweet on the CZ comment where someone asked when Binance would list KCS, one Twitter user offered the response “If KCS migrates to BNB chain.”