Sinso led NFT technology to be applied in medical industry 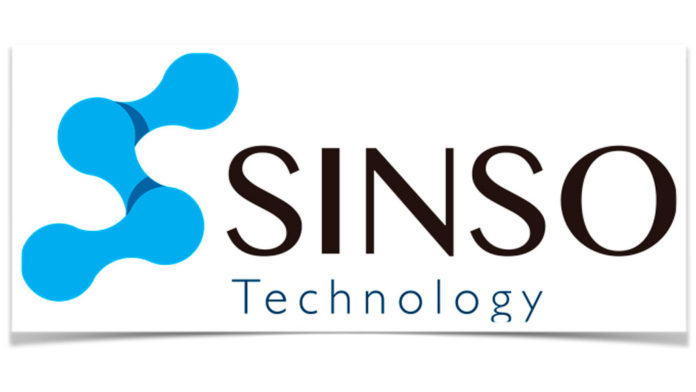 Just like human’s genes. There are about 100 trillion cells in each human body. And DNA in each cell contains a sequence of 3 billion base pairs. Which contains a total of 70,000 to 100,000 genes, 35,000 of them are functional. These genes are closely related to human life, they determine our birth, aging, illness, death , appearance , height , skin color, personality, talent, etc. To sum up ,NFT is like a genetic ID card, it’s unique and only belongs to you. In Sinso system, it creates a unique NFT for each user, by default, it can be used as a biometric ID card. It’s also allowed to turn a specific data part to NFT, such as a medical image, a fingerprint, and a 3D bone model. Surgical modeling data also has a natural connection with NFT as it is relevant to knowledge creation. If we give doctors ownership of the data, as data producers ,they can get permanent benefits from data transactions in the future.

“Sinso is supposed to be like organisms that is combined with algorithms, thus build a new species. As the founder of Sinso, we’ll get it ready for expansion, changing and other life forms, just like microbial evolution, if it revolves serving humankind, it should be wrapped around humans and eventually become a part of them. In fact, the inside of human body has formed a small universe of microflora, and has long been involved in the vital activities of human life.

The production relations rebuilding mentioned in the blockchain world is inevitable.  The conceited thought that human is noble is just a psychological effect that makes ourselves feel better. The birth of blockchain technology seems like a voice of the “host”, the “host “expects us to have greater viability in the future, and hope to redeem us from abyss. The “host” has been skilled in application of consensus during millions years of evolution. But we can only deliver such ideas roughly through technical compliance. In this early stage of blockchain century, we use computer algorithms to react on human society and solve various problems. With the continue development of network, we have created better solutions and became more and more efficient. Because as individuals, we are already gridding human beings in network nodes, and can’t be separated from the network groups and exist independently. Both life and cultural symbols will be deeply imprinted by algorithms.” says Mr.Franklin Jiang , Founder of Sinso technology.

Mr.Franklin Jiang added the comments about the value of Sinso, he said” Sinso tries to build up a technology architecture that can lead humankind to health in the medical care area as soon as possible, we also need to gather algorithms effectively, and establish a community that is able to evolve itself. In turn, Sinso DAC will reshape the organization through code. Sinso will bring considerable benefits. If we reduce losses through trust-building, and take full advantage of Sinso’s philosophy, our medical care costs will decrease by 50%. For example, China’s total medical expenditure is about 5 trillion yuan, there should be a potential market for efficiency optimization valued at around 2 trillion yuan，  value-added market is not counted yet.

The first step will be Web3-based paradigm transformation, distributed storage architecture, blockchain and cryptography will bring us a brand-new world. We’ve turned the basis of data operations from individuals and local area network to “planet size”, perhaps it is Filecoin that set an example for Web3 imagination. The data we collect will not only from hospitals, medical records, what we need is comprehensive, in-depth phenotypic data related to human life. We can think of web3 as a hotbed of the “host”, without which individuals will not be able to connect network algorithms. To date, instead of spending a lot of time and effort to build infrastructure from scratch, we only need to choose the right “hotbed”. The era offers us such opportunities.

The purpose of personal data claiming is for “group benefit”, a private domain is needed before exchanging energy, it’s something like the cell wall. We are not a project that emphasizes individual safety more than anything else， individuals are for the development of the “population”. We need to establish a niche market for exchanging information and value. In Sinso system, the code set of this niche market is Sinso Donors Network.  ‘’The so-called strong men who have never learned cooperative tricks will be dumped in the wasteland of evolution and extinction.” The reality shows a very dangerous condition. It’s harder to get two door-to-door hospitals to share data than it is to do a cross-border trading.  Hospital is not the problem, but we lack a correct paradigm for exchanging information. This is something wrong with the existing host’s “hotbed”. In fact, the approaches are wrong, no matter how hard we work, it is useless.

At present, the reverse effect of silicon base on the carbon world has never been stronger. The AI era has begun, but the link of the algorithm is still very poor. Sinso is a place for AI to evolve. 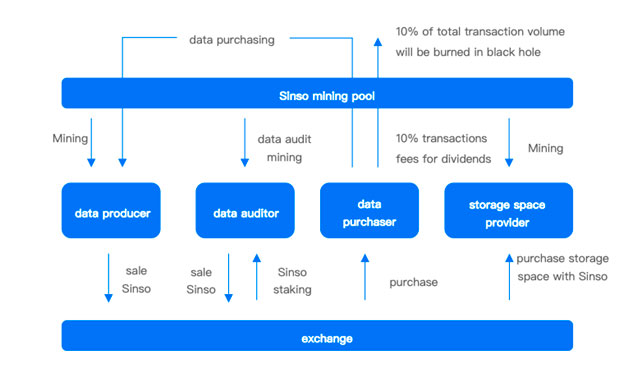 As an off-site tourist, AI has been targeted by the “host”. Although it is currently a bit weak, it has strong evolutionary ability. In fact, either carbon-based or silicon-based species can be transformed into species with “life” characteristic. Just like many lives embrace sunlight for photosynthesis, while others embrace dangerous cosmic rays and absorb all energy. The purpose of cooperation is for the continuation of the “population”, which is an eternal theme of life.

Sinso will open up a new land for the application of AI in medical care. Technology is not the key, rules, algorithms and paradigms are. To create the first evolutionable paradigm in the medical field, this is the value of Sinso.”

The seed round of financing is basically over, and only a little bit is reserved for some top investment institutions. The second round of financing has not yet started. For more information on Sinso, follow the official Twitter  https://twitter.com/sinsotech?s=11

About Sinso Technology: The Sinso team was established in October 2020. As the leading medical imaging SaaS cloud service provider, the core members have served more than 500 medical institutions and more than 80,000 medical imaging doctors. Users/institutions collect data through Sinso Getway, cast health/medical-related data into NFTs in Sinso DAPP, conduct transactions at Sinso Donors Netwok, and realize the value transfer of medical data. Sinso builds the Sinso DAC ecology based on WEB3 technology, and jointly promotes the human society to enter the era of decentralized medical care.

Sinso, as a medical image data aggregator for telemedicine and AI diagnosis, provides high-quality remote diagnosis and treatment services and then solves the problem of patient data confirmation. Through the NFT issuance template customized for medical data, it encourages users to actively participate in data confirmation. , To help users strengthen the process of data collection and data asset conversion, and strengthen the flow of medical data. Sinso also provides the issuance of doctor brand NFT virtual assets, which further promotes doctors to fully practice free practice.