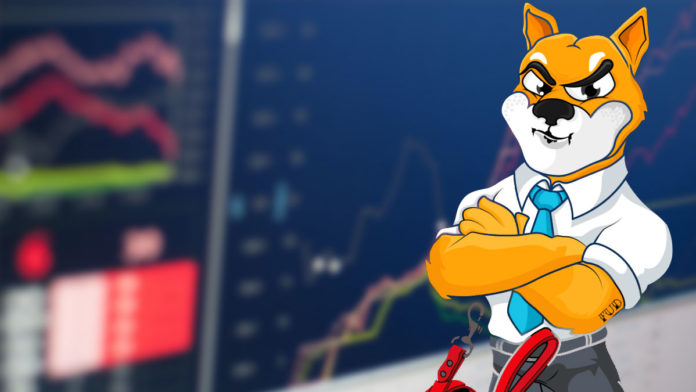 Shiba is still amongst the interesting tokens to hold even for whales and is at the top list of biggest ERC-20 holdings. The top 1000 ETH wallets are the whales of the blockchain, and their holdings can be a sign of confidence in coins for the long term. A considerable share of these wallets holds SHIB tokens. Something that would seem impossible some months ago.

According to the latest data from the WhaleStats Twitter account, 17.44% percent of top 1000 ETH wallets are holding SHIB tokens. The amount of held tokens is currently valued at $2,371,207,191. Fans of the Shiba Inu project also called as ShibArmy, can be very excited about this fact and stay confident about their investment.

Many of the experts in the cryptocurrency industry believe meme coins like SHIB and DOGE aren’t good investments. Some of them even call these tokens “shitcoins.” But it seems the market isn’t listening to these suggestions, and more people are buying and holding SHIB in their wallets. The token showed a considerable pump in the last months, and the early buyers earned a lot from this investment. 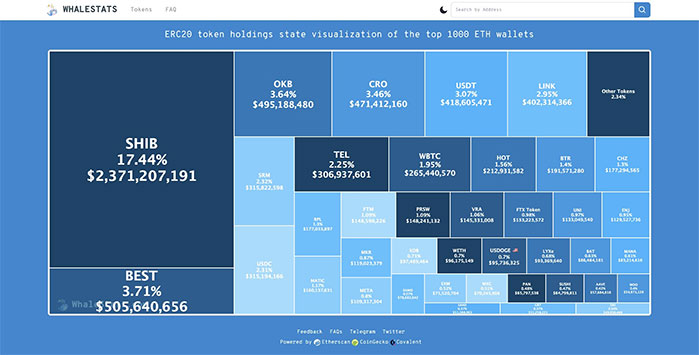 Other tokens that are held by a big group of whales are BEST, OKB and CRO. These tokens may have big potentials in the future because whales are feeling confident about them. But you can’t decide about investing in a token only because whales are holding it. There are many metrics that affect the price of a token. In terms of SHIB and other meme coins, hypes in social media can be considered as the most important metrics.

The difference between the amount of held SHIB tokens with the next tokens in the list is very significant. The next spots belong to BEST, OKB, and CRO. The average percent of whale wallets holding these tokens is 3.6% which is very low compared to the 17.44% for the SHIB token. Some of the other held tokens in the wallet of the top 1000 ETH accounts are USDT, USDC, LINK, TEL, and SRM.

Shiba Inu has had a promising trend in the last months. It showed 10x price jumps and made a lot of news resulted in many other similar coins emerging in DEXs and CEXs. But still, many believe that you should only invest in projects with a reliable background and meaningful whitepaper. Anyhow, it seems meme coins still have their own fans and can make many people rich.

0
Shiba Inu has revealed the first special surprise of 2022 for its fans with the announcement of its metaverse project, Shiberse.
Read more
- Advertisment -
Posting....