As per the latest reports, Cardano is gearing up for the arrival of its own stablecoin, as DJED was officially announced for launch. Apart from the official announcement, the launch date itself is wrapped in uncertainty as no specific date was provided. Despite that, many believe that the stablecoin would be launched towards the end of January.

We are pleased to share another update about Djed's progress and to inform you that the launch is scheduled for next week!

Similarly, the only thing holding the launch was the syncing process of the chain index. Keeping in mind how the process was initiated a week ago and how completion could take up to 14 days, it is expected everything will be ready for launch by next week. It was also announced that DJED and SHEN would be listed on the Bitrue exchange.

COTI is behind the development of the DJED stablecoin. The ADA deposited in the DJED smart contract would pave the way for the generation of rewards for SHEN holders. Keeping that in mind, COTI stated that developing a screenshot mechanism and UI was well underway. These two would be added to the DJED.xyz, and SHEN holders would be offered the opportunity to track their rewards. Similarly, the ability to cancel a particular order has also been introduced. All users would be required to do is tap on the refund button.

What’s next for Cardano?

DJAD has been receiving excellent coverage in the crypto market since its announcement. Keeping in mind the recent announcement, Cardano hasn’t been affected for the better. Instead, the price of the crypto witnessed a considerable decline. At the time of writing, the token is trading for approximately $0.3552. Similarly, the token is down by a whopping 5.84% in the previous 24 hours. Apart from that,  it has a total market cap of approximately $7 million.

Despite the current trading prices, many argue that the price of Cardano would be well on its way to recovery within the upcoming days. Based on previous instances, new announcements intensely pumped the prices of the corresponding token. It is believed that the announcement would eventually take the ADA token to new highs. The current retreat in the trading price could serve the purpose of another buying opportunity for investors till the launch of DJED. 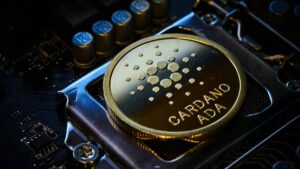